Haunted Tunnel No 33 – The Barog Tunnel 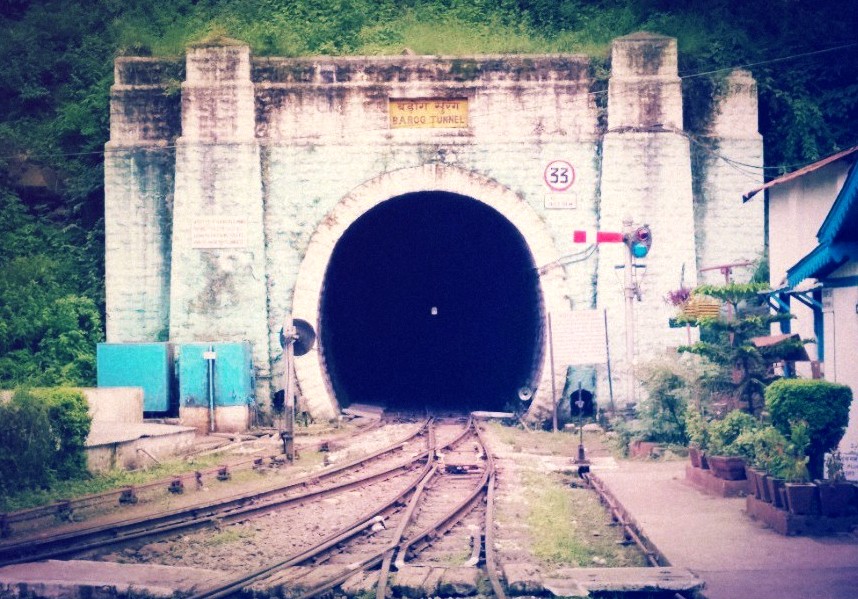 The Barog Tunnel (Tunnel No 33)

Barog is a small hill station in Solan Himachal Pradesh. Barog Tunnel is located between Kalka To Shimla Narrow gauge railway line. This line was opened in 1903.

This track got a beautiful view of mountains and of course, this route is full of tunnels. Tunnel number 33 is located with Barog railway station. It is also known as The Barog Tunnel. Tunnel no 33 is one of the longest tunnels on Kalka – Shimla railway line.

Tunnel no 33 was constructed in British times. It is said that when workers started to dig the tunnel but soon there was a problem that they find tunnel getting darker and darker. Engineers found the way to illuminate in day time using mirrors to reflect sunlight in the tunnel. For the night they used acetylene gas to illuminate the tunnel.

First British Colonel Barog was assigned as a construction engineer for this tunnel. He used his skills and technicals to mark two ends of the mountain for the tunnel that should meet at a straight line. Workers started to construct the tunnel according to marks were given by Colonel Barog. After a long time of hard work a devastating result came, both ends of tunnels do not meet as aspected and all the work is done on the tunnel got wasted. As a punishment British government fined Rs 1 to Colonel Barog to insult him. After this Colonel Barog got in depression and in this humiliation he shot himself in front of this tunnel. A few people say that he first killed his dong then shot himself in the head.

After the death of Colonel Borog H.S. Herlignton was given charge to bore a new tunnel in replacement of this failed tunnel. It took more than 3 years to complete the tunnel with the help of a local Baba Bhalku’s engineering skills. Later Baba Bhalku was given a medal and turban as a reward by the British government. Also, this track was declared World Heritage Status by UNESCO.

After the death of Colonel Barog locals and railway officials claims that they have seen Colonel ghost roaming around the tunnel and railway track. People still gets afraid to visit this place even in daytime.

My visit to Tunnel no 33

I heard a lot about the ghost of the tunnel no 33 on the internet and thought to plan a visit there. At the end of 2018, I got a chance to visit this place. A bike group named Road Soldiers were going on Manali ride, I too joined them till my destination. Means I will have to visit alone at Tunnel. So I planned accordingly with some personal safety gears. Our group route was Delhi – Ambala – Panchkula – Kalka – Barog – Shimla. We started early morning and reached at 2 PM at Barog. At Barog I split from the group and started to ask locals about that tunnel. I was told that the tunnel is just at the Railway station of Barog.

I finally reached Barog station and was a wonder to see its a lively place. A few groups were there and that tunnel is a working tunnel. I asked a railway stuff guy that have you ever seen or heard something haunted about this tunnel? He said this working tunnel is not that haunted tunnel, it’s too named as tunnel no 33. The originally failed tunnel is a few mins away from this tunnel.

I then finally managed to reach that tunnel. and surroundings really scaring me away. The tunnel was in between woods and was full of water. Its the roof was leaking. It was full of dark because there was no other end of it. It seems that authorities tried to lock that tunnel but its main gate was broken. I had a plan to stay there till dark but I couldn’t dare to. So I called my group and rejoined them in the hope to visit that place again with some daring friend.