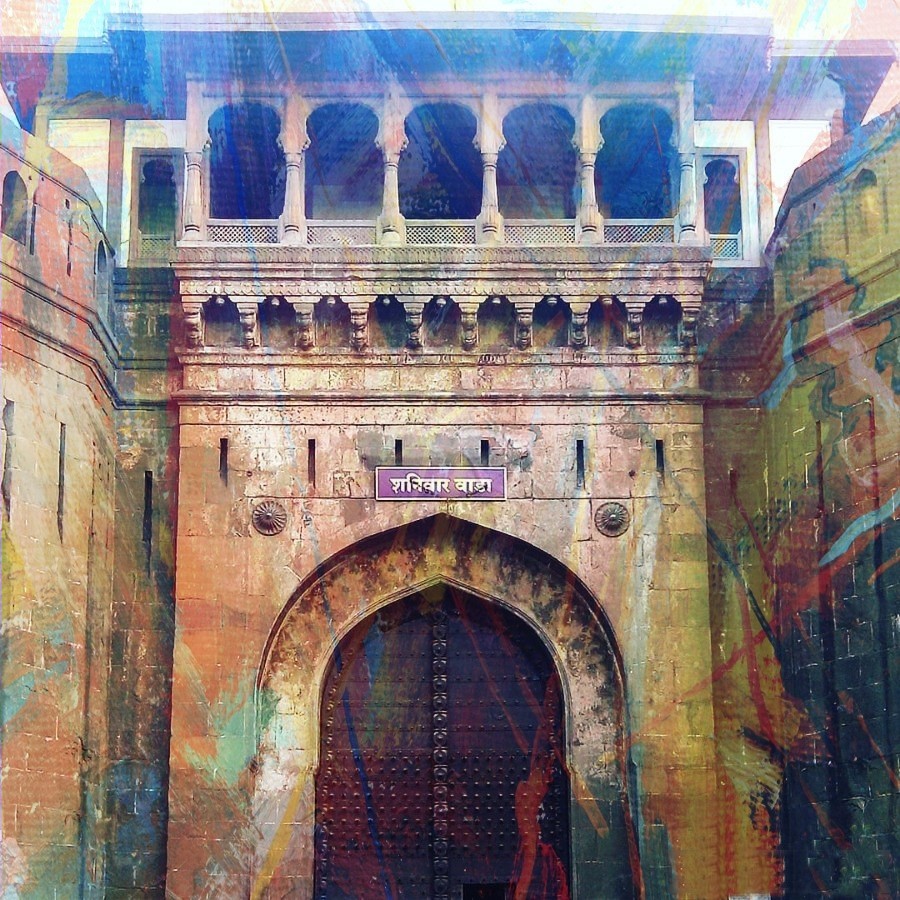 What is Shaniwar Wada

Most of us already have heard about Shaniwar Wada because of history of Peshwas but its popular for some other reasons too. Yes, I am talking about being haunted. This article will cover all aspects as me and my friend personally visited this place in full moon night and covered every single corner of Shaniwar Wada.

Shaniwarwada name comes from Shaniwar means Saturday. This fort got its name from its day of the foundation that is 10th Jan 1730 which was a Saturday. It was completed in 1732.

This Palace was built by Peshwas. Its spread in over 625 acres and was made with a cost of Around 16,210 Indian Rupees of that time. Which was a big sum of the amount if compared with today’s money value.

On 27th February 828 a major fire destroyed the place. It took 7 days to stop the fire. This fire destroyed everything inside the place furniture, clothes, decorative etc.

Story Of Being Haunted

Legend says that Kashibai’s best friend of childhood had cursed the Place after her husband killed by Bajirao in suspicion of being traitor. Because of this curse, Shaniwar Wada was always was struggling between betrayal and dishonesty by its own peoples.

Story 2 That made Shaniwada Haunted

It is said that Narayanrao’s ghost is haunting this place since he was killed. After the death of his both brothers in 1772, teen Narayan Rao grandson of Bajirao took over the Throne as 5th Peshwa, one of the youngest ruler ever of Peshwa history. Many other eligibles opposed his succession, Rahunathrao is one of the haters. After seeing his attitude towards him one-day Narayanrao house arrested Raghunathrao near his sleeping room.

Raghunathrao had a lot of supports who were assassins he wrote a letter to them and sent by in hands of his wife. The letter has one line “Narayanrao La Dhara” which means capture Narayanrao but his wife in a fit of anger intercepted “Dhara” word to “Maara” that changed meaning from capture to kill. Gardis managed to get in the palace and when Narayanrao saw them started to run and keep calling his uncle “KAKA! Mala Vachva!” Means uncle save me. But Gardis head Sumer Singh managed to catch him and killed him. They chopped his body into in small pieces so that they can carry his body in a small pot. Later they threw his body pieces into the water.

Since that time Narayan Rao’s spirit is seen roaming around the fort in nights and many people say that this spirit has been seen shouting same words “KAKA! Mala Vachva!”

What When We Spent Night At Shaniwar Wada

My friend and I were sitting in my balcony smoking tobacco and talking about life, swinging from existential questions to negative energies that reside among us. The discussion quickly shifted to our personal adventures endeavor in pursuit of finding paranormal experiences. He was telling me a couple of his friends went to Shaniwar Wada last winter and they did, in fact, had such an experience there. I have always been fascinated by such stories and I got goosebumps hearing it. So we both decided we will give it a go and visit that place next week.

Morning of our day happens and we are yet packing our bags, in my wife still trying to convince me not to fall into such affairs and stay away from it. But it was doing no on me. We reached Pune by the nightfall and reached our final destination Shaniwar Wada an hour later. It is a mesmerizing place no doubt, beautiful palace must have been in full glory. But we were just interested to find something to shiver our spine there. If I forgot to tell you, we decided to spend our entire night there.

We started roaming here and there randomly, hours passed nothing happened. We laid down for a bit in the grass to find some rest and closed our eyes, almost no one around us.

Now the dark took over the place. It was a full moon night but the moon was covered with clouds. While we were sitting in grass we heard a voice wooshh.. in whispers behind us. I have always fantasized if something like this ever happens with me I will try to get towards it to find out more about it instead of running from it, I felt like doing the actual opposite. That voice was so scary and real, somehow we gathered the courage to walk towards it, we hear another exactly same voice but this time from the complete opposite direction.

We said okay screw it lets walk towards this new one, after walking a few steps towards it we found there is a chair over there. My phone rang and it was my wife I had to look cool to her no matter what, I talked and assured her that we are safe and comfortable and cut the phone. We then looked back to reach to the chair and examine it. And that spooky chair disappeared, it was nowhere to be seen. We looked at each other and said this is it we can’t have more of this and rushed to the exit. We reached our hotels sweating in our pajamas and still when we think about it our heartbeat gets faster.

How To Reach Shaniwar Wada

Total Time To Explore The Place – Around 45 Mins

2 thoughts on “Shaniwar Wada – A Historical or Haunted Place?”