Sanjay Van The Most Haunted Place in India Day Visit 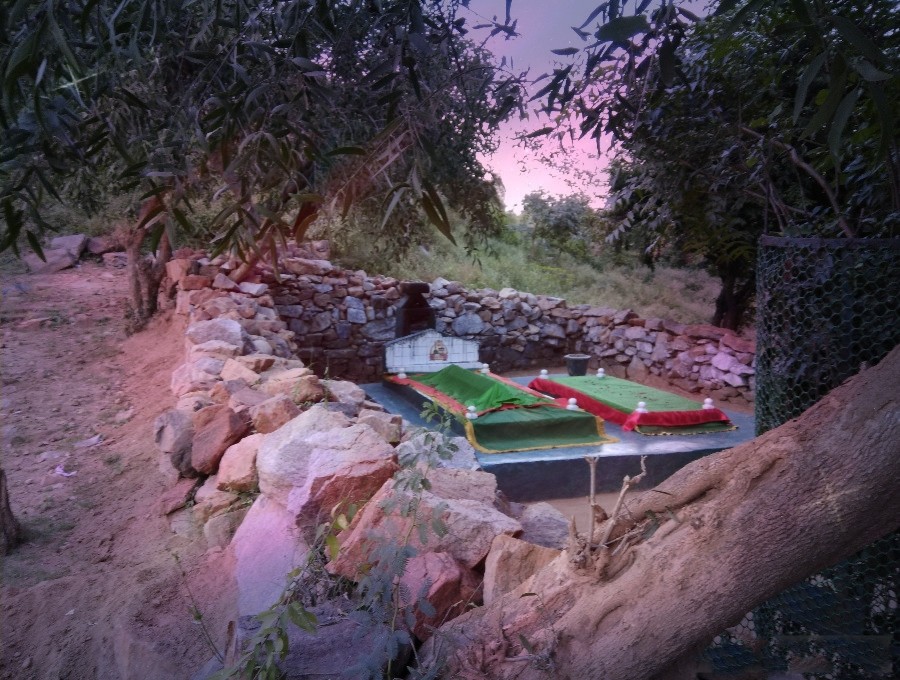 Delhi has left with very low greenery now but seeing Sanjay Van can change your view. Its city forest area South Delhi even though it is not densely wooded but is spread in around 800 acres area. It shares boundaries with Vasant Kunj and Mehrauli. There are 3 gates for entry and exit, and you don’t have to pay any entry fee here. People come here for their morning and evening walks, kids come to play. Sanjay Van also has many animals like nilgai, golden jackal & snakes. Bird lovers too can come here to see Indian peafowl, grey heron, Eurasian golden oriole, honey buzzards, purple sunbird, Asian koel, Brahminy Starling, etc. It’s the right place for the nature lover and for bird watching as you can say its a mini bird sanctuary of Delhi. 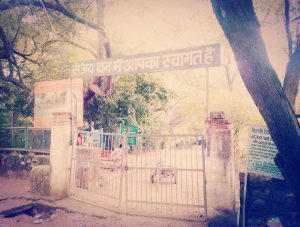 Apart from a beautiful green place of Delhi Sanjay Van is known for some haunted tales. But that isn’t all. There are numerous other cliche tales of haunting too. Sounds of a baby crying, a girl laughing, a peculiar sensation of being watched; a wisp of air around the throat, all of the other ordinary haunting stuff. There are a few graves and Mazaar of Sufi saints in this; along with the broken ramparts of Qila Rai Pithora, the town which was originally established in the South Delhi.

A number of those additional’ghost’ tales are of somebody lighting candles at the night beneath trees along with also a saint that walks across the illuminated path.The saint is thought to be that the 14th-century Sufi saint Hazrat Sheikh Shahabuddin Ashiqallah whose mausoleum can be found in the garden of this woods in the centre of a number of different graves. 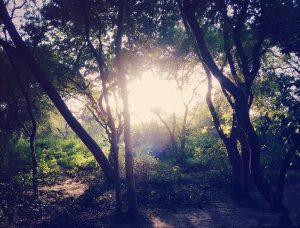 Some people see a lady in white staring at passerby. There is no exact story why people see this place haunted, but what I observed that this place is full of tantra mantra stuff, unknown Mazaars, unknown graveyards, notice board of Sanjay van too says not to stay here after dark. In the middle ruin of Lal Kot can be seen. Lal Kot is high enough to get the view of Qutub Minar. This is now known as Qila Rai Pithor. There is Muslim burial ground near Lal Kot where the buried kids come to life in the night. I also met a guy named Rahmat Miyan who sometimes sleeps in this area and know all the history and all about haunted things in this place. 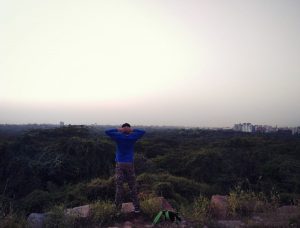 My Day Visit To Sanjay Van –

My first visit to Sanjay van was a week before this shoot as on that day I couldn’t explore this area due to heavy rain and take shed and dinner at Laxman fast food that is just near the gate number 5 entry. On my current visit, I Spent almost half of day roaming this 800 acres area by foot to get an overview so that I know what to cover and shoot at night. I have seen nilgai and a few dogs only. But yes it was full of locals doing evening walk and exercise.

People start to leave the park with dark and around 7 guards to force me to get out of the park as they too were going. I asked the reason they told me no one is allowed here to stay after sunset, so I have to leave. They took me out but later around 10 I entered again by climbing the wall. It was all spooky, there were no lights or anything. Below is my exploration of day-time.