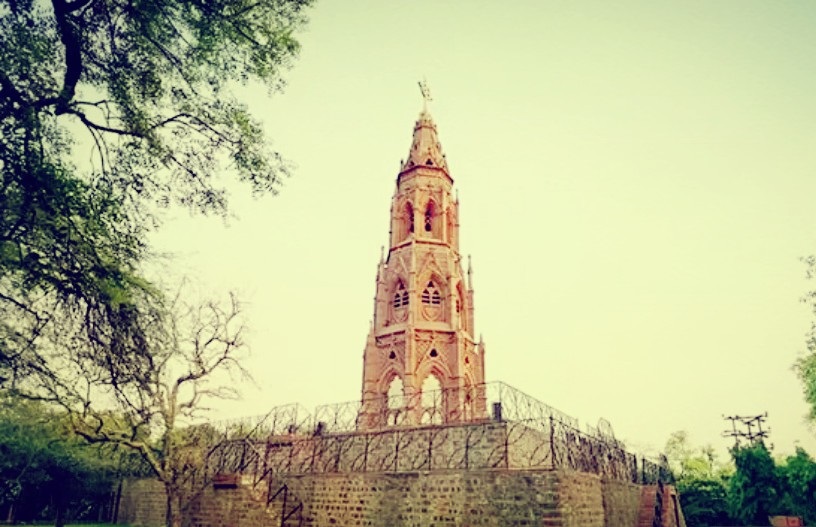 Mutiny Memorial also known as Mutiny House lies in Kashmiri Gate very near To Nicholson Cemetery & Lothian Cemetery.
Mutiny Memorial was Built in 1863 By British Government. It was built in memory of soldiers those who participated in 1857 the first Indian independence revolt. Not limited to British origin solders but Indian soldiers working in the British army.

Mutiny’s regular language meaning is rebel or revolt against authorities. There is a board there which says Indian freedom fighter as an enemy. Later on the 25th anniversary of Indian independence, it was hailed as a tribute to martyrs of Indian Freedom Fighter who died in the first revolt. Also, it was named Ajitgarh from Mutiny Memorial. 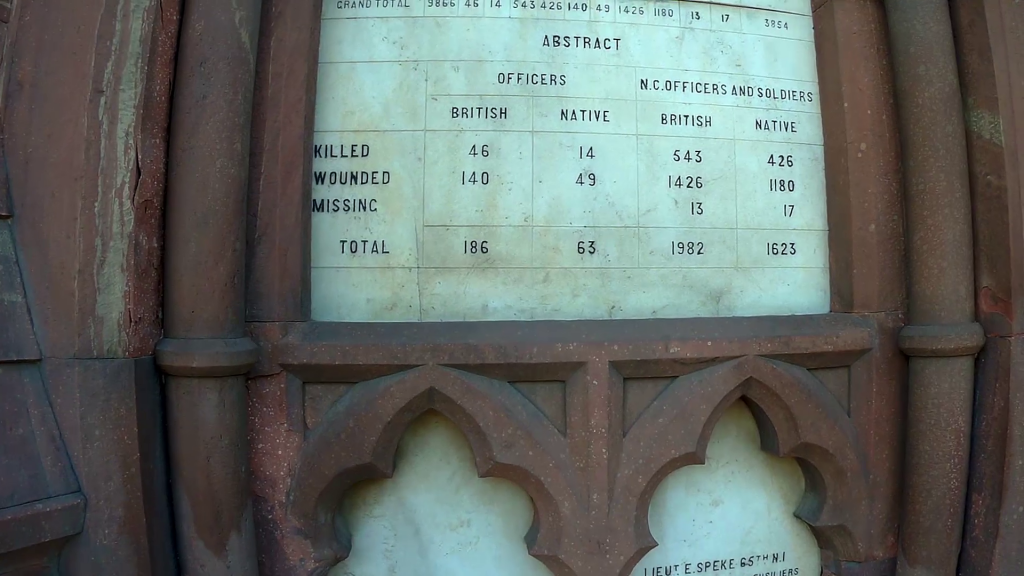 The structure of Memorial is an octagonal tapering tower constructed in the Victorian Gothic Style. Its Hight is 33 meters from a two-tier platform, it’s a decorative facade composed of red sandstone and a staircase inside to visit its top. It’s in between greenery of this Kamla Nehru Ridge Forest, the memorial provides stupendous panoramic attractiveness. 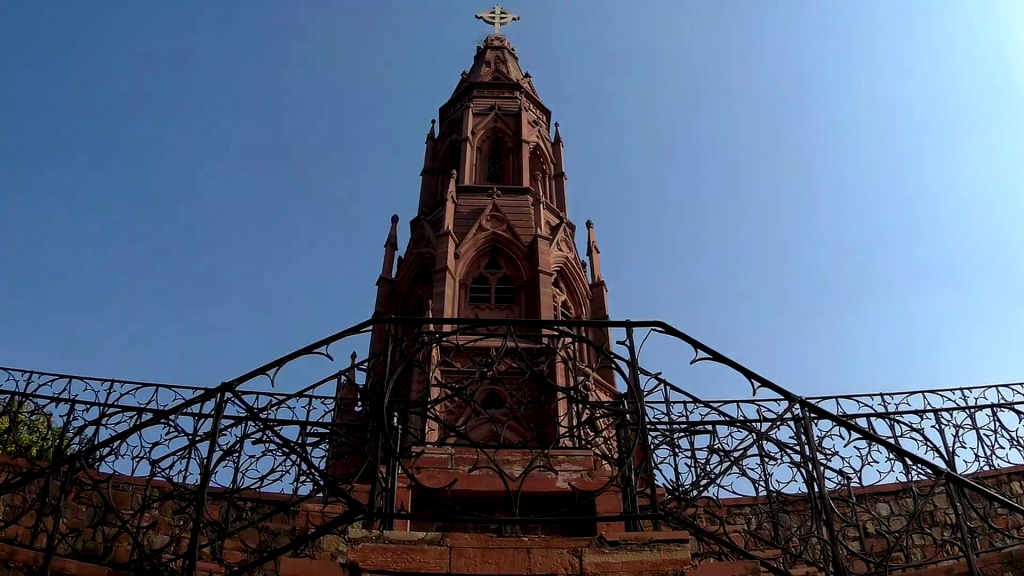 The Story of Haunted Mutiny House

It was said that many headless bodies of British soldiers were found here and one of those British soldiers have been seen by people asking light for his cigarette. This solder has never hurt anyone. He generally found roaming on the road connecting Mutiny House to the main road.

As my tagline says I visit every place by my motorcycle. I visited  Mutiny House in Dec 2018 and found that this place is unpopular among tourists there was a guard who told me that this place doesn’t have much visitors. It has stairs, but now it has been permanently locked for visitors for some unknown reasons. Also, this place is very lonely and reported a lot of crime against visitors. Snatching and drug addicts are common here. If you are planning a visit here, my suggestion is to visit only in midday and strictly in a group. Security guy keeps this place locked and upon request, they open main door and guard roam with you like your shadow. They have been instructed not to let any visitor move alone.

Time To Visit – 7 Am To 6 PM (Sunrise To Sunset)
Days: Open All Days
Entry Fee– No Fees
Parking Status: No Parking Available. Even Road is Too Small To Park Car.
Nearest Metro Station: Pul Bangash