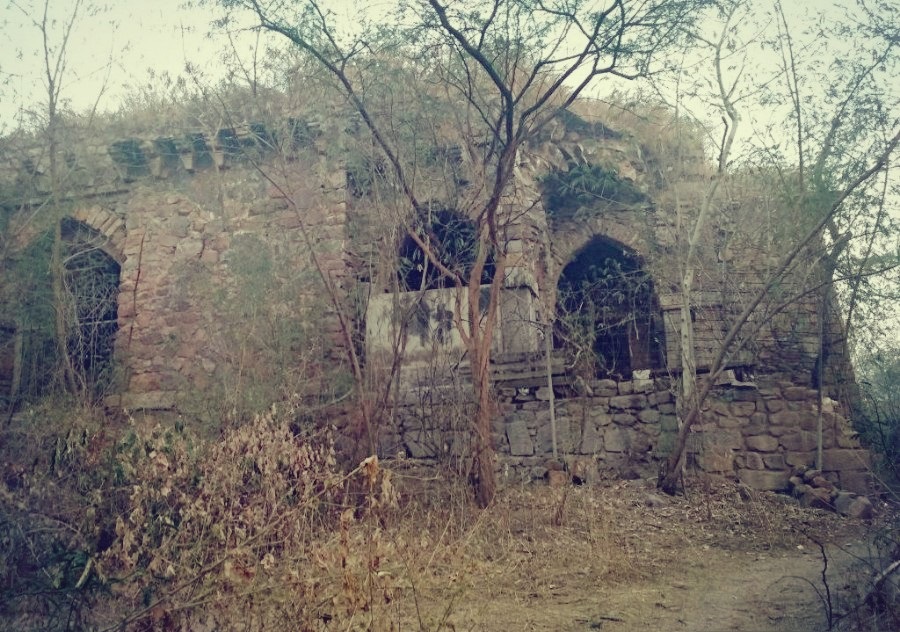 Malcha Mahal is one of the most haunted places in Delhi. It’s around 600-year-old and has a story that has some truth and some rumors spread by locals. One of the story associated with Malcha Mahal’s hauntings says that once a reporter went inside to find the truth but he never comes back. No trace of him so far. What’s the truth thats unknown.

Malcha Mahal was originally owned by Tughlaq. This place was used as a hunting lodge. After the death of Tughlaq British government took over it. Other people living in Malcha Mahal were thrown out or killed with time.

Later after the independence of India Malcha Mahal comes under the control of the Indian Government. Begum Wilayat Mahal of Awadh was the granddaughter of Nawab Wajid Ali Shah got this place awarded by the Indian government as these lands were snatched from original Nawab when British were in power.

Things still were not easy for them. Begum came here with her 2 children and a few dogs. They started living here but they didn’t even have electricity or water. By the passing time, things get hard and hard for them. Begum Wilayat was getting in depression day by day and on 20th September 1993, she committed suicide by consuming diamonds. Begums both kids could not even bury her. The dead body remains in Malcha Mahal hor next 10 days.

As people know there were from royal family people started to trespass Malcha Mehal to find treasure. People even dug Begum’s grave and the torn body remains to find the diamonds inside her body which she consumes to commit suicide. Her children couldn’t see the grave of their mother being vandalized anymore, so they dug out her mothers remains and burned them.

After all this, the matter goes in Indian court. To get protection court give them guns and dogs for protection. Now both sister and brother too died in very bad shape.

My Visit To Malcha Mahal

I have already done 3 visits to Malcha Mahal both in day and night. On my first visit, it took time to locate the haunted mahal. Police patrolling team is always on the other side of the road.
I was committed to go Malcha Mahal in the night so I packed my bag with supportive instruments etc and zoomed that place using my phones GPS on my bike.

I reached Malcha mahal around 10 PM. The road to Malcha was full of street light because the same road ends at Earth Station.

After going a bit further i see a police barricade …. means a warning of a restricted area.

I parked my motorcycle in the woods to hide and started to walk towards that Malcha Mahal. After a few mins of search, I managed to get to mahal’s entrance. It was so scary to enter that place. My heart was coming out of my mouth. I turned on night vision camera and a GoPro camera and searched every corner with EMF meter but got nothing. I went up to the terrace too and spent almost half of night there because the Mahal was so suffocating.
Around 4 I left the Malcha Mahal. My conclusion for that night was “Noting found At Malcha Mahal”

On my second visit, I was guided by my fellow Ankit in the daytime. He knows this place inch by inch.

How To Reach Malcha Mahal

Malcha Mahal is located inside the jungle of Delhi Ridge and is sharing walls with Delhi Earth Station. Entry is restricted and no one is allowed to get in even policeman too. So if you like adventure you can go there and see this place from outside. My suggestion is to stay away from this place.

People feel that there are ghosts of Begum Wilayat Mahal and her Kids roaming around to protract this property. No one dares to enter also law doesn’t permit people to enter here.

Video of My Night Stay Alone At Malcha Mahal