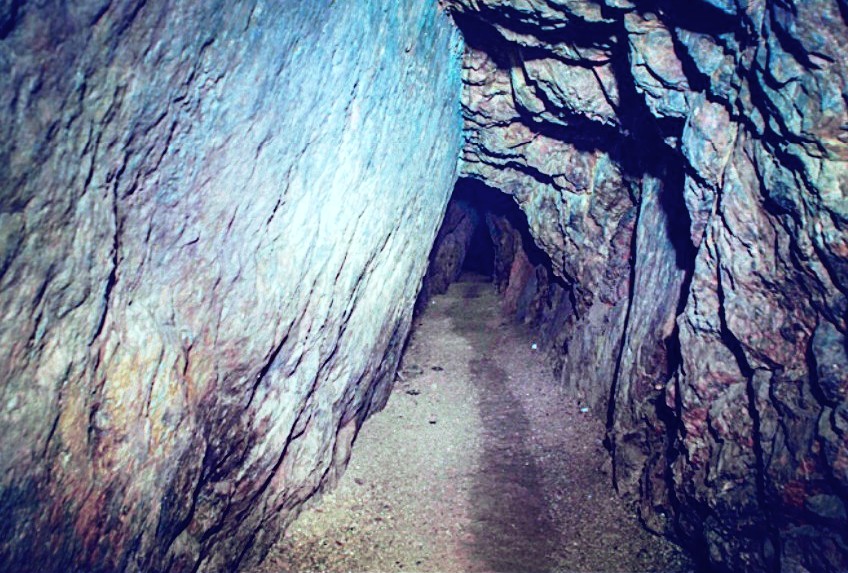 Mussoorie is one of the busiest hill stations of India thousands of people visits Mussoorie in every season. But only fewer people know that there are few other interesting places are in outskirts of Mussoorie. Lambi Dehar Mines are one of them. No no, not similar to its one of the most haunted place in India. If you ask Mussorie locals about this place, you will hear many weird stories, but all the stories have one common character, a witch of Lambi Dehar Mines.

History of Lambi Dehar Mines is unknown. But most of the data says it was Established around . It is said that it was one of the biggest mines of those times and around 50 thousand workers were working here since the mines started many workers here started to get sick
and died harrowingly. Many died due to unknown diseases, heart attacks, and accidents. In 1996 supreme court of India directed authorities
down mining operations here. The main reason for that order was high accidental deaths in mines. Lambi Dehar Mines were located on hills, and every monsoon lot of workers dies choking and drowning.

What Legend Says About Mines

Legend has another story to tell about deaths. It is said that these mines were haunted and every worker who worked here got died miserably and later no one was ready to work here and due to the shortage of worker court ordered a shutdown. It is hard to believe the story that each and
everyone ever works here died a horrific death.

What Makes Lambi Dehar Mines Most Haunted Place In India

There are few stories which are commonly believed by locals about Lambi
Dehar Mines. If you ask any locals about these mines, they will never recommend you to visit here. They say people see dead people roaming around the mines crying in pain and shouting in anger. Many people say they see mysterious lights at night. No one goes near mines after dark.
It’s on record that many trucks, cars, and other small vehicles pulled
down the cliff by unknown forces near the mines.

The first most believed story says that these mines was home of a witch. As soon as this place turned into mines witch got disturbed and in anger, she started to kill workers in revenge. As I already said that almost all stories roam around this witch.

The second story says that there was an Army officer whose wife was unfaithful. She and her lover planned the murder of an Army officer. Wife took Army officer for an outing at these mines. Here lover threw a big stone on Army officers head and killed him. It is said that this army officer is the main cause of haunting in Lambi Dehar Mines.

There was another story that a wife of miner haunt mines since her husband and she died in an accidental blast at mines. It is said that this woman keeps eyes on these mines and try her means to stop people come around mines to save their lives.

My Visit To Lambi Dehar Mines

My Visit To Lambi Dehar Mines was not at all pleasant. I visited Lambi Dehar Mines to stay overnight and capture paranormal activities on camera. I started my journey around 4AM in the morning and reached around 3 PM in afternoon, but due to bad weather, I was unsure of staying there. Another reason was that this place looked scary in the dark and was above my tolerance. So finally i decided just to enjoy Mussoorie and come back home. I will surely revisit this place but this time with a few friends. Subscribe to my youtube channel or follow me through facebook, twitter or instagram to get connected for more eerie adventures.

How To Reach Lambi Dehar Mines

This place is located around 35 kilometers from Dehradoon and just 9 from Mussoorie mall road. For location Click Here.

You can also hire a local cab. Your trip should be planned to be completed in daylight as planning trip in night or dark is dangerous.