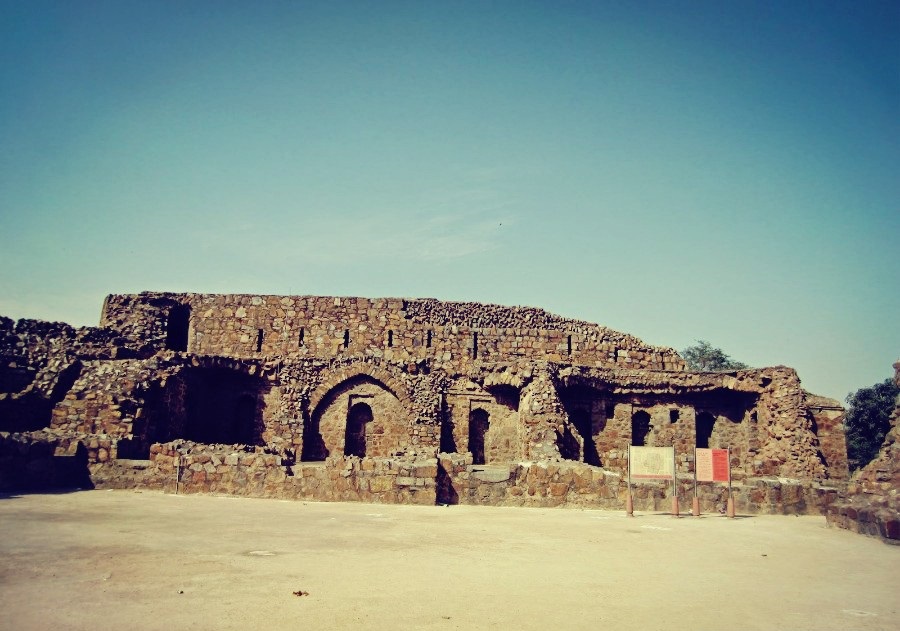 Feroz Shah Kotla Fort was built in 1354 by Feroz Shah Tughlaq. It’s situated in the heart of Delhi just next to Kotla Cricket Stadium. Feroz Shah Tughlaq ruled the city from 1351 to 1384. He took over the throne from his uncle Muhammad bin Tughlaq. Every Thursday people comes here with candles, incense sticks with a letter with them that have their wishes that they want Jinns to be fulfilled.

The rumors of Djinn residing at Firoz Shah Kotla Fort is said to have started around 1977 when a saint Laddoo Shah started living in the fort. He chooses Thursdays and spread the things that every Thursday’s Jinns come here. People started to write letters with their requests and also they burn incense and candles. Some leave a bowl of milk and food as offerings. Smart people make photocopies of their letter and put them on all different locations in hope that if Jinns couldn’t miss their letter. Many people say they have got what they asked for in letters to Jinns. They keep coming for next and next wishes.

What Are Jinns of Firoz Shah Kotla Fort?

People believe that jins live here and they can fulfill any wish that they write in a letter. Do you know what are jinns? If yes then you still have a chance to know something new here. According to Muslim Mythology Jinns are not ghosts nor they are angels. They are created by Allah along with human but they were given the power to move between multiple parallel universes. They have the power to manipulate human mins. Also, they can possess anyone they fall in love with. Jinns are attracted by fragrances and long hair women. They can live for a thousand years and they too have a family.

Haunted does not mean a ghost every time. People believe Jinns live here and they don’t want any disturbance from outside entity after dark. Local says visiting here after dark can make Jinns angry and the result can be dangerous.

Nearest metro station is not exactly near to fort. If you still plan to visit here by metro you can come at metro station is that of Pragati Maidan. From Pragati Maidan, you can have a bus , auto etc. Thursdays are happening here if you want to see the mysterious side of the fort. Timing 8:30PM to 7:30PM . Entry ticket is 15 for Indians.