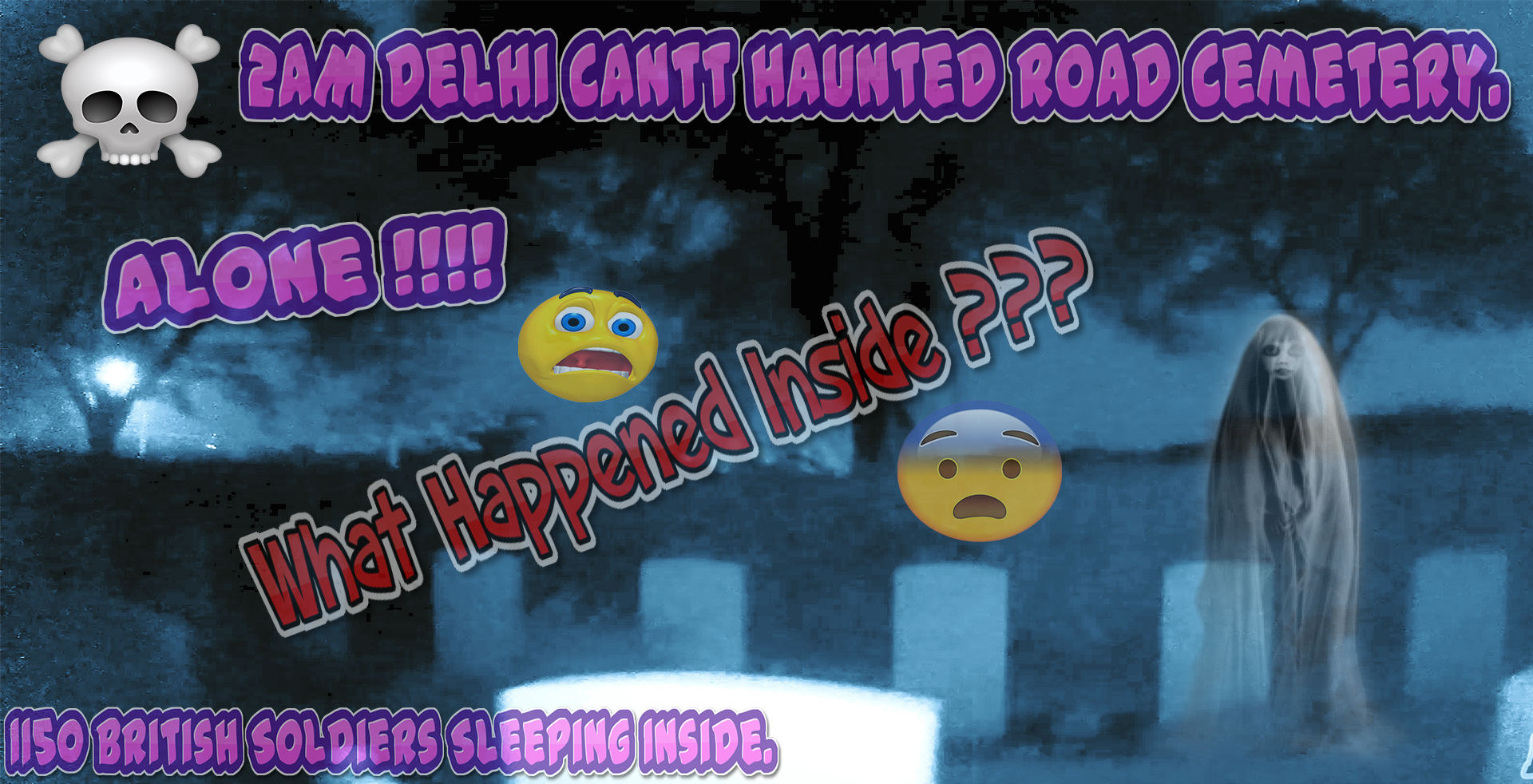 Delhi Cantt Haunted Story- Delhi is known for its tourism, culture, monuments and lots of versatility but we can not ignore that like other places Delhi too have associated with a lot of haunted stories. And in this article, I am going to explain everything about Delhi Cantt Haunted tales. Before I tell you everything about this place let me tell you that I personally visited this scary Delhi Cantt’s Haunted cemetery and road in Daylight as well as spent a full night.

One of my friends lives near Delhi Cantt named Vasu. Vasu is a college student and in morning and evening he usually comes to Delhi Cantonment area. It was January 2018 Evening he planned a run of 10 km just to practice upcoming marathon in Delhi. He reached Delhi Cantt Haunted road at around 8 PM. It was all quite only a few dogs were looking for hideout to save them self from chilling winds.

Vasu first crossed Delhi War Cemetery that is just at the one end of Haunted Delhi Cantt road. Later when he reached in the middle of the way he got terrified to see a woman that comes from thin air and was just staring at him. He started to run back madly and after a few moments he turned to check her he was again stunned to see there was no one. Vasu came home running at full swing and told this story to the family. Later in the night he got the fever. It took a week to get him recovered from illness but those moments of Delhi Cantt still haunting him.

Please check the video below to see the Delhi War Cemetery’s my entry at 2AM that is alone.