Bhangarh Fort – The Most Haunted Place of India 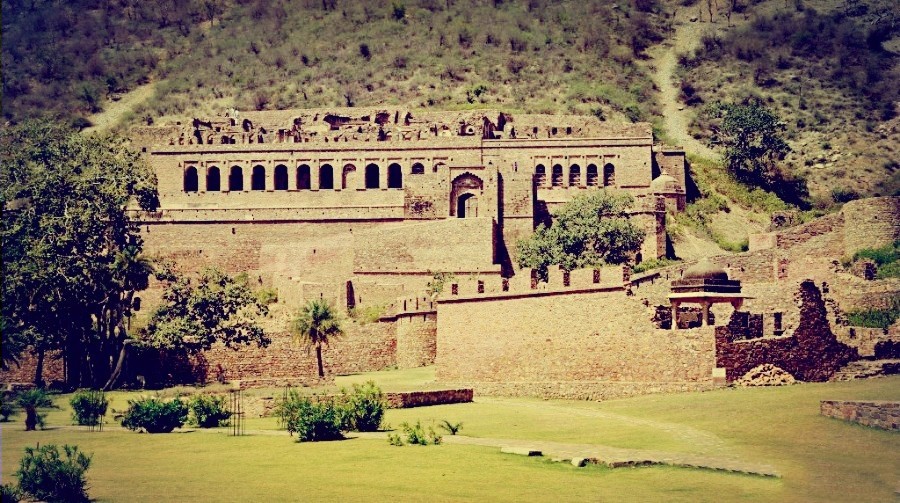 There are lots of famous haunted locations around the planet, and some of them are in India too. Many of that are some old homes or some abandoned mansions and in India mostly are forts built by Mughals. But, Bhangarh located in Alwar district is an only place in India where visitors are being stopped by law entering here in after dark. Yes, it’s true its punishable to enter Bhangarh Fort before sunrise and after sunset.

This story is of a gorgeous princess Ratnavati, who was the daughter of Maharaja Singh. Perhaps she was one of the most beautiful of Rajasthan at that time. Tales of her beauty was spread wide and far, and she received lots of marriage proposals. Even a T named Singhia, who had been well versed in dark magic, fell in love with her. But it is evident that he would never get the chance to get marry with a princess.

Once he saw one of her maid buying Itra (Perfumes) for her, he stopped the maid and took perfume from her and cast a spell in that and warned maid not to tell Princess Rantavati about this. The maid was loyal to the princess, and she told princess that this perfume has black magic to attract her to tantrik baba. Padmawati threw that perfume bottle in the air, and that became a huge rock, and that rock hit Tantrik. He was crushed under that rock. Before dying tantrik cursed the princess and the whole village that if he can not get respect and princess, then this village and princess too doesn’t deserve to be live anymore. Just a year after this incident there was a battle fought between Bhangarh and nearby state Ajabgah and in that war almost all the army of Bhangarh died, and Ratnaawati too committed suicide.

Locals say that due to Tantrik’s curse Bhangarh was never able to rebuild as a living state. Some villagers try to live there those times, but they too get haunted by The Curse.

The Other Story of Bhangarh Being Haunted

A long time ago a king named Madho Singh was building a fort in Bhangarh just near to meditating hut of Guru Bala Nath. Guru Bala Nath visited the king Madho Singh and told him that he will only allow the king to built a fort on condition that no shadow of his fortress will touch is meditation spot, or he will curse this city, and everything will be ruined. King followed the condition but later some time they built a new structure on the fort, and that structure engulfed his place, and that made everyone doomed.

What Locals Think About Bhangarh

According to the local belief, nobody is allowed to go within the haunted fort of Bhangarh or nearby after around 6 PM to Morning. Hence, high constraints are set up at Bhangarh, any way you may need to leave the premises before 6pm in summer and 5 pm in winters. The fort’s entry remained closed. Also, Authorities has placed a notice board in the front of the main gate saying that entering the fort after sunset and before sunrise is prohibited. Locals say that the spirits roam across the Bhangarh Fort as soon as dark begins. They frequently encounter unexplained sounds such as yelling, girls shouting and creeping. People also sighted moving shadows, weird lights, and strange music in the fort. It is said that if someone tries to stay there at nights, he never returned. Many unexplained suicide and death were reported in the region close to the fort.

My Visit To Bhangarh And Outcome

As this haunted fort is near to Sariska tiger reserve, it is evident that people see creatures inside the fort area and thinks that they saw ghosts. I also spent a night there with 7 of my friends, we see nothing not even a monkey at night. But yes some unexplained sounds. So be brave there is nothing wrong with this place in the day for sure. Its a beautiful fort for photography and a day out.

How To Reach Bhangarh

By Train – If you want to reach Bhangarh by train then nearest railway station is Dausa.

By Road – Recommended way to visit Bhangarh as no public transport is available locally.